The McLeod Lake Indian Jurisdiction Team is honoured to work on your behalf to advance jurisdiction and Child and Family Welfare for members of the Tse’Khene Nation.

What are “Child and Family Services?”

All services supporting McLeod Lake children and families, including: 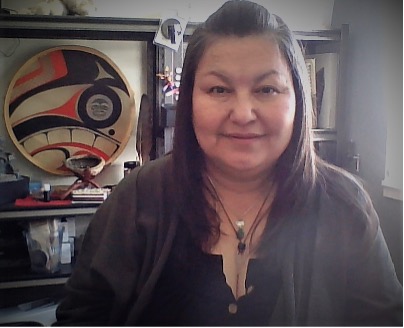 Deborah Prince is a Tse’Khene Carrier woman from the McLeod Lake Indian Band, granddaughter to the late Anne (nee Solonas) and Andrew Prince, and daughter to Doris Prince. Deborah is mom to two beautiful daughters, Samantha and Skylar, and Atsoo to Talon, Miigwan, and Star.

Deborah has made her home in her community of McLeod Lake since 2014, after being raised with her family on Vancouver Island, in a small community north of Campbell River named Woss Lake.

Deborah has worked at MLIB since September 2012 and has fulfilled a number of roles including the Manager of Lands Referral Office, Human Resources Director, Store Manager for Tse’Khene Food & Fuel Ltd., the Business Development Officer for the Tse’Khene Community Development Corporation, and the Land and Culture Planner in the past two years.

Since May 2022, Deborah has happily worked as the Community Health Representative (CHR). In her role as CHR, Deborah is part of the Health Team responsible for participating in the delivery of high standard community health, treatment, and programs in order to provide quality health prevention and treatment in our Tse’Khene community.

As a member of the Health Team, Deborah facilitates communication between patients, families, the community, and health care providers to ensure they are receiving appropriate care.

Deborah is a firm believer in the resilience of her Tse’Khene people and all Indigenous peoples. It is her love for her family, people, and community that have brought her home to her grandparents, Ancestors, and Traditional Territory, home of the Tse’Khene People of McLeod Lake. 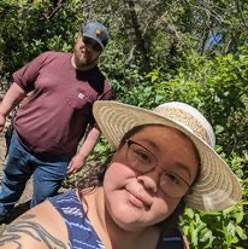 Hello, my name is Laura Johnson. I am originally from the Tsimshian Band in Port Simpson; I am part of the Killer Whale Clan. Currently, I live in Mackenzie with my partner, a MLIB member. We have a cat named Church and a dog named Cedar. I enjoy good food, laughing, and fry bread.

I have been in the social work field since 2016. My areas of experience are working with Indigenous peoples, high-risk/ marginalized peoples, addiction, and mental health counselling. I have had the privilege of working with many Indigenous communities in Central B.C. My passions are the power of community, inclusive culture, and mindful healing. With this mind frame in place, I have gained much experience in terms of work and personal growth.

I want to express how grateful I am to be welcomed onto this land. I am excited to learn and grow alongside the community. 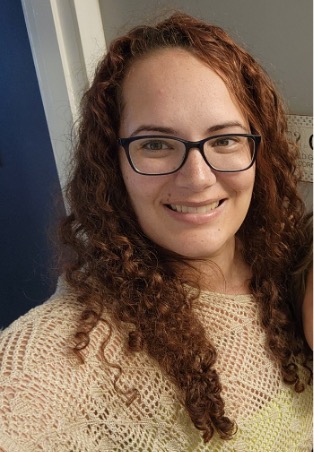 Saje wears many hats in her position with MLIB. As the Child and Youth Counsellor, she helps children work through any issues that may arise. She acts as a referral source for the school, families, and community, and does one-on-one counselling at Morfee Elementary, Mackenzie Secondary, and within McLeod Lake and Prince George.

Saje’s main goal in this position is to help youth learn to cope with a wide range of emotional and psychological difficulties, including anxiety, depression, stress, loss, and grief. She has put on workshops for youth about these concerns as well.

As a Social Worker, Saje is on the work team for Whes’ke’ghe, helping prepare MLIB to take over their own child and family services. She provides support, therapy, and advocacy for the families of McLeod Lake and Prince George, and works with them to grow their skills. Saje also assists families with crisis intervention, activity planning, and ensuring the health and safety of children and parents. 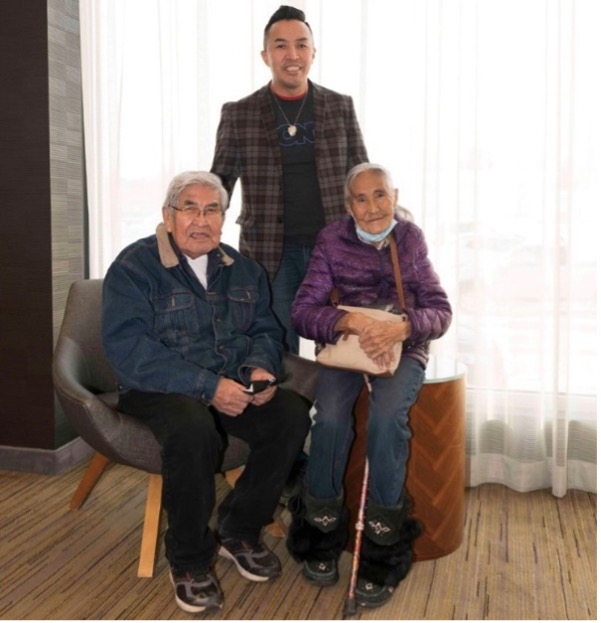 In January 2022, Ken moved back to the community to join the MLIB team as the Jurisdiction Coordinator. He has plenty of experience in areas such as event planning, communications, MCing,and human rights activism. In a prior life, Ken worked in the environmental, silviculture, and mining sectors before returning to school to further his education.

He’s open to communication and stays connected with the people on the homeland. Ken’s mother is Lorna Solonas and his grandparents are Lawrence and Agnes Solonas. He also has a beautiful and intelligent daughter. He is glad to be back in the community to help with his family and community members on a whole new level.

Ken helps with the development and coordination of the Jurisdiction Department. Since then, the team has done numerous engagements with MLIB membership to capture what people want for Child and Family Services. There is so much more to come as we engage further with the people. We’re very glad to have members join in and bring your great ideas to the table.

Ken also works with a Child & Family Working Group, which consists of the direct team, administration, council rep., and other members to ensure there are fresh ideas brought to the table.

If you would like to get involved with the planning or bring your input to the meetings, please reach out to Ken for more information. Thank you for your time and for reading my bio – see you soon!

McLeod Lake members have spoken. They expressed the need for Community Caregivers for MLIB children, so the Jurisdiction team has put that on our work plan and begun bringing the idea to membership to find caregivers for the Tse’khene children.

Our goal is to keep MLIB children with their families or within Tse’khene families, at the very least.

So far, we have had eight (8) caregivers put their names forth, not only in the north but in other communities as well.

These are the types of Caregivers you can be:

NOTE: Previous history of violence or harm against children will exclude you from taking part in this program.